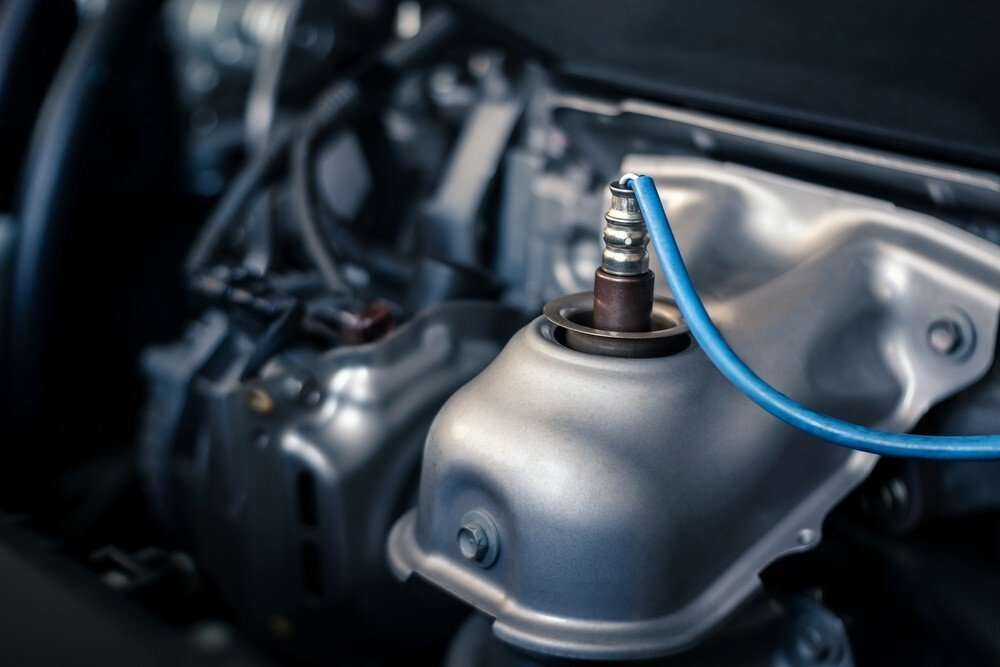 The oxygen sensor is one of the most vital parts of your vehicle. It measures the amount of oxygen in the car’s exhaust and reports this information back to your car’s computer. The results are used to adjust several different systems on a modern vehicle, including fuel delivery, air/fuel mixture, and ignition timing. If any one of these systems becomes out of balance, things can go bad quickly.

Importance of Oxygen Sensor in a vehicle

Here are some of the benefits of vehicle Oxygen sensors:

In today’s day and age, cars are more than just a means of transportation. They’re the way we share in activities like commuting to work or school, running errands with friends, and hitting the open road for our yearly vacation. But while your car is an important part of your life, it also takes a toll on you – from exposure to dangerous emissions to increased wear-and-tear that can shorten its lifespan. One way you can take better care of yourself and your vehicle is by making sure it has clean air inside as well as out!

That’s where an oxygen sensor comes in handy: it detects when something has gone wrong with the fuel mixture in the engine so that you know if there’s too much or too little fuel being used. And if you want to maintain your car’s peak performance and keep it running safe all the time.

If you have a bad oxygen sensor, there may be symptoms that indicate this fault. Here are some of the most common signs:

If your car is struggling to maintain its usual pace, or you’re noticing that it needs a lot more gas than usual, then it may be because of a bad oxygen sensor. Oxygen sensors make sure the fuel mixture in your engine consistencies right so that there’s a good amount of air and fuel present for combustion in the cylinders. But if it becomes faulty, it will tell the engine to inject more or less fuel than needed. This can cause major problems if your gas mileage has always been great – an oxygen sensor may be the culprit.

If your car starts acting sluggish after you come to a stop or slow down, this could mean that your car’s oxygen sensor isn’t working correctly. When you slow down or stop, the oxygen sensor shuts off so that it doesn’t produce incorrect readings since there’s less air moving through the exhaust system. But if it becomes faulty and isn’t shutting off when it should be, then your engine may not run at its highest efficiency – to say the least.

If you usually feel like your car has plenty of power to go around but it’s lacking something lately, it may be that your oxygen sensor is to blame. It can throw off the fuel mixture in your engine and cause your engine to work harder than usual. If you’re noticing a lack of power while driving your car, then an oxygen sensor may be the cause.

When your car’s oxygen sensor light comes on, it can be confusing and frustrating. There are a lot of reasons why your check engine light might appear, but one of the most common is a bad oxygen sensor.

An oxygen sensor is a part of what makes up an onboard diagnostics system – if the light comes on and you see the check engine alert, there’s something wrong with the sensor and you might want to have it checked out. An oxygen sensor tells your engine computer how well the fuel mixture is burning in each cylinder, so if there is a problem with this reading then the OBD will alert you.

If your car needs more oil than usual, then this may be because of a problem with your oxygen sensor. If it malfunctions and throws off the fuel mixture in your engine, you might notice that you need to add more oil than usual into your engine. Plus, an oxygen sensor can cause extra wear in other parts of the car, such as belts and hoses, so if you’re noticing excessive oil consumption, get things checked out.

If you notice that the wiring in your engine is corroding and there are small amounts of corrosion on some of the wires, this is usually due to an oxygen sensor malfunctioning and allowing unburnt fuel to enter the exhaust system. Some of the unburnt fuel will end up corroding your wires, so if you notice corrosion like this then it may be because you have a faulty oxygen sensor.

When your car has a PAA test and it fails, an oxygen sensor fault is usually to blame. A PAA is one of the tools used to check if your car’s emissions are in compliance. If it fails, this usually means that you need to have your oxygen sensor replaced or checked out by a certified auto mechanic.

If you notice that your car smells like it’s burning all the time, this is usually because of a faulty oxygen sensor. A malfunctioning oxygen sensor can cause your car to run rich, which will result in an offensive smell.

While there are some common symptoms of an oxygen sensor malfunction, there’s no reason to panic if you’re experiencing one or two of these problems. If they don’t affect the safety of your car, you can usually deal with them. However, if they do affect the safety of your vehicle or the performance of it in any way, then you should get things checked out by a certified mechanic as soon as possible.

How To Diagnose a Bad Oxygen Sensor?

Many people don’t realize that oxygen sensors are an integral part of the exhaust emission system.

It’s possible for your car to run perfectly fine without a functioning oxygen sensor, but you’ll definitely notice a difference if there’s something wrong with it.

If the oxygen sensor is experiencing any problems, then it will usually affect your engine’s performance in one way or another.

How to Test a Bad O2 Sensor?

If you’re wondering “How do I test oxygen sensors in a car?”, here are some of the best ways to check if your oxygen sensor is bad.

If you’re not sure whether or not your oxygen sensor is causing issues with the performance of your car, you can check the computer for codes.

This is one of the best ways to find out if your car’s oxygen sensor has anything wrong with it, so if you want to know how to check oxygen sensors for codes, read this article on auto advice.

There are also some common DTCs (Diagnostic Trouble Codes) that you can look for if you want to diagnose your oxygen sensor.

#3: Check for an engine misfire

One of the easiest ways to check if your oxygen sensor has anything wrong with it is by listening carefully to your car’s exhaust. If you’re hearing any sort of abnormal sound, this could mean that your oxygen sensor is malfunctioning.

Can you drive a car with a bad O2 sensor?

Even though there are some common symptoms of an oxygen sensor malfunction, you can still drive your car with a bad one if the symptoms don’t affect the safety of your vehicle or its performance. Suppose you’re experiencing any problems with the operation of your car. In that case, it’s highly recommended that you get the oxygen sensor checked out by a certified mechanic as soon as possible.

What happens if the oxygen sensor is not replaced?

If you don’t get your oxygen sensor replaced as soon as necessary, this will lead to other problems. The catalytic converter won’t perform its function well, which will cause the oxygen sensor readings not to provide accurate information. You’ll have problems with the performance of the vehicle, and you’ll pay more for maintenance and repairs.

A bad oxygen sensor can lead to serious damage to your car’s engine if it isn’t caught and fixed quickly. If you take the time to familiarize yourself with the symptoms of a bad oxygen sensor, you can save yourself a lot of money in repairs down the road.

With this handy guide, you should now be able to diagnose and replace a bad oxygen sensor in your vehicle. We hope this guide has helped you learn more about oxygen sensors and how they affect your vehicle. If you have any additional questions about the process or want help with diagnosis and replacement, we can provide that assistance too!

If you have any questions or comments, please don’t hesitate to contact us!