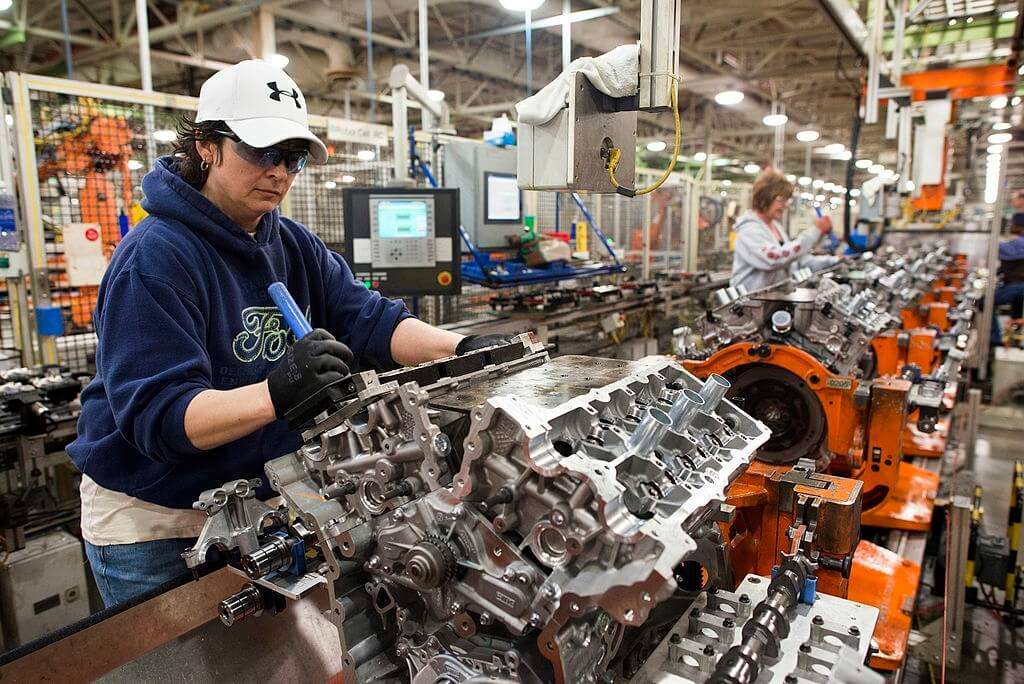 The Ford EcoBoost engines are designed to improve fuel efficiency and reduce emissions on vehicles while still providing the power, performance, and towing capabilities that consumers expect from their vehicles.

An EcoBoost-powered machine is not free from problems. Some people have reported consistently having problems with their engines.

The Ford EcoBoost is innovative engine technology. It balances power and fuel efficiency in a single combustion chamber. But all the technical advancements and innovations don’t mean it’s for everyone. Some may experience unique problems that could lead to expensive repairs down the road.

If your car doesn’t have enough power, then maybe it’s time to check out the performance issues. Here we’ll look at some of the most common problems with the Ford Ecoboost Engine that users have dealt with over time.

Even though Ford’s EcoBoost engine is a decent choice, it has its share of problems. Ford hasn’t been responsive to the issue and you might end up paying for repairs. Here are some of the issues that you should know about if you’ve been planning to get a Ford with an EcoBoost engine:

The most common problem is the knocking sound on start-up. This is mostly noticed on cold starts when the engine knocks for a few seconds until it warms up. Knocking sounds when the engine is cold is not uncommon but what’s happening with the EcoBoost engines is a bit odd, as it continues to happen after full warm-up and even at moderate or high speeds.

Some owners have also reported that their EcoBoost-powered car pinged and lost power while driving on the highway at high speeds. This pinging is mostly noticed when going uphill. The reason for this is that the EcoBoost engines are using fuel that is too lean for their turbocharger boost. When this happens, it’s important to pull over to a safe location and turn off the engine as soon as possible.

The Ford EcoBoost engine burns excessive amounts of oil. While some cases are normal, it’s important to check with your mechanic if the oil consumption is within limits.

Based on reports, low oil levels could lead to serious damage to the engine especially when the car is turned off for some time. The oil won’t drain from the engine and it will overheat, causing severe damage to the various components of the engine.

Another serious problem that owners have reported is random engine failure. There are cases when the engine doesn’t start after being turned off for a short period. While low oil levels could cause this, it also happens with cars that have thousands of miles on them.

Ford EcoBoost engines have been noted to have transmission problems just like their earlier versions.

The transmission could either fail altogether or it could shift hard when trying to move from a dead stop. Since the Ford EcoBoost engine has less torque than its predecessors, it’s important that you drive accordingly.

Another common complaint about Ford EcoBoost-powered cars is poor fuel economy. This happens in most EcoBoost cars, even with automatic transmissions. The fuel economy issue mostly appears when the car is used under load for a prolonged period.

You must check out your car’s performance with the owner’s manual since poor fuel economy usually happens due to driver error and not because of inherent design flaws.

Ford EcoBoost cars have notably rougher idle than their traditional engine counterparts. It’s not that noticeable during normal driving but it’s very pronounced when the car is stationary or stuck in heavy traffic. The rough idle issue is caused by EcoBoost technology, which relies on direct injection rather than port injection.

Some owners have complained about the noise coming from the turbocharger. The turbochargers on Ford’s EcoBoost engines produce a high-pitched whine. This could be annoying to some drivers but it doesn’t affect the performance or drivability of the cars.

It’s been said that some Ford EcoBoost models have a defective air box. This is because the original equipment manufacturer wasn’t able to get the required clearances for proper airflow into the engine. The airbox failure could lead to several problems, such as hesitation and poor acceleration.

The EcoBoost engines are prone to engine cracks which could lead to engine failure. This is often caused by the high pressures involved in direct injection. Ford has issued a service bulletin regarding this issue, so check your car’s warranty status before any work is performed on the engine.

Ford EcoBoost transmissions experience a shudder or shake when shifting gears. This issue is mostly due to the torque converter; however, some cars have experienced transmission failures and replacements under warranty weren’t effective in preventing future shudders.

According to several owners, their Ford EcoBoost vehicles had turbocharger seal failures. This was discovered after performing oil changes on their cars, revealing that the engine consumed more than 3 quarts of oil over an extended time.

There are claims that Ford EcoBoost engines tend to make an unusual noise. The engine noise usually happens when the car is idle and it increases with load, causing the car to vibrate excessively. This issue could be due to several factors, such as defective oil gaskets or bad motor mounts.

Tips To Ensure That Your Ford EcoBoost Engine Lasts For Long

Although the Ford EcoBoost engines are high-performance powerplants, you should follow some basic guidelines so your engine lasts for as long as possible.

The EcoBoost technology is great because it provides increased horsepower without sacrificing fuel economy. However, this doesn’t mean that you should push the engine to its limits. You should never overload your car because it can cause internal damage to the engine.

Ford recommends that you use 5W-20 engine oil for your EcoBoost car, but many owners have claimed that their cars consumed an excessive amount of oil.

Overfilling the crankcase with oil or using the wrong viscosity can result in serious damage to the engine. When in doubt, you should go with the lower viscosity oil. The oil capacity for the 2.0L and 2.7L engines is 4 quarts and 5 quarts respectively.

Ford’s EcoBoost technology offers more power than traditional V6 and V8 engines, but you should avoid pushing the engine to its limits. Racing the engine will cause severe damage and greatly reduce its life span.

Installing a cold air intake system on your EcoBoost will allow it to breathe better, which can result in increased performance and fuel economy. However, you should avoid using the cold air intake if your car is designed for a factory-installed version.

To ensure the proper operation of your EcoBoost engine, you should regularly change its oil. You should also adhere to the oil specifications recommended by Ford for your particular car’s year/mileage.

Ford EcoBoost engines are equipped with turbochargers which provide increased horsepower without sacrificing fuel economy. However, you should avoid installing a turbo kit on your car because it will increase the engine’s stress.

Ford offers several performance parts for their EcoBoost series engines that can increase their strength and durability. You should consider upgrading your engine with these parts if you want to take full advantage of its power potential.

8. Be Sure That The Tune-Up Was Done Properly:

Ford’s engines tend to overheat during stop-and-go traffic, so you should keep them running while sitting in traffic.

Although the EcoBoost engine is designed to work best in stop-and-go traffic, it will greatly reduce its lifespan if you run it at high rpm for extended periods. The reason for this is that the turbocharger requires oil pressure to properly function.

Ford EcoBoost engines are reliable if they’re given proper care and maintenance. Some of the issues mentioned above can be prevented by checking your car’s oil levels regularly (at least every 3,000 miles) or ensuring that your car is kept under factory specifications.

Will The Problems with Ford EcoBoost Engines Get Worse Over Time?

Some of the problems with Ford EcoBoost engines will get worse over time, such as engine failure due to clogged oil sprayers or motor mounts that begin to fail when the car reaches 75K miles.

How long will a Ford EcoBoost engine last?

It’s hard to say since every engine will last differently. Some owners have reported having the same engine since the car was new while others have had their engines fail after a short period of time. The problems with Ford EcoBoost engines tend to arise because owners push them beyond their limits.

Although the Ford EcoBoost engine is a technological masterpiece. As with any modern car, there are some common problems that you should be aware of before purchasing one. However, if you care for your engine properly, these issues shouldn’t pose much of a problem.

All in all, it is wise to be aware of the common problems associated with Ford EcoBoost engines. If you avoid pushing your engine to its limits and perform regular maintenance, it will provide you with years of excellent performance.

Keeping your Ford EcoBoost engine running at its peak is the key to keeping it for a long time. Adhering to these simple guidelines can greatly increase your car’s life span.